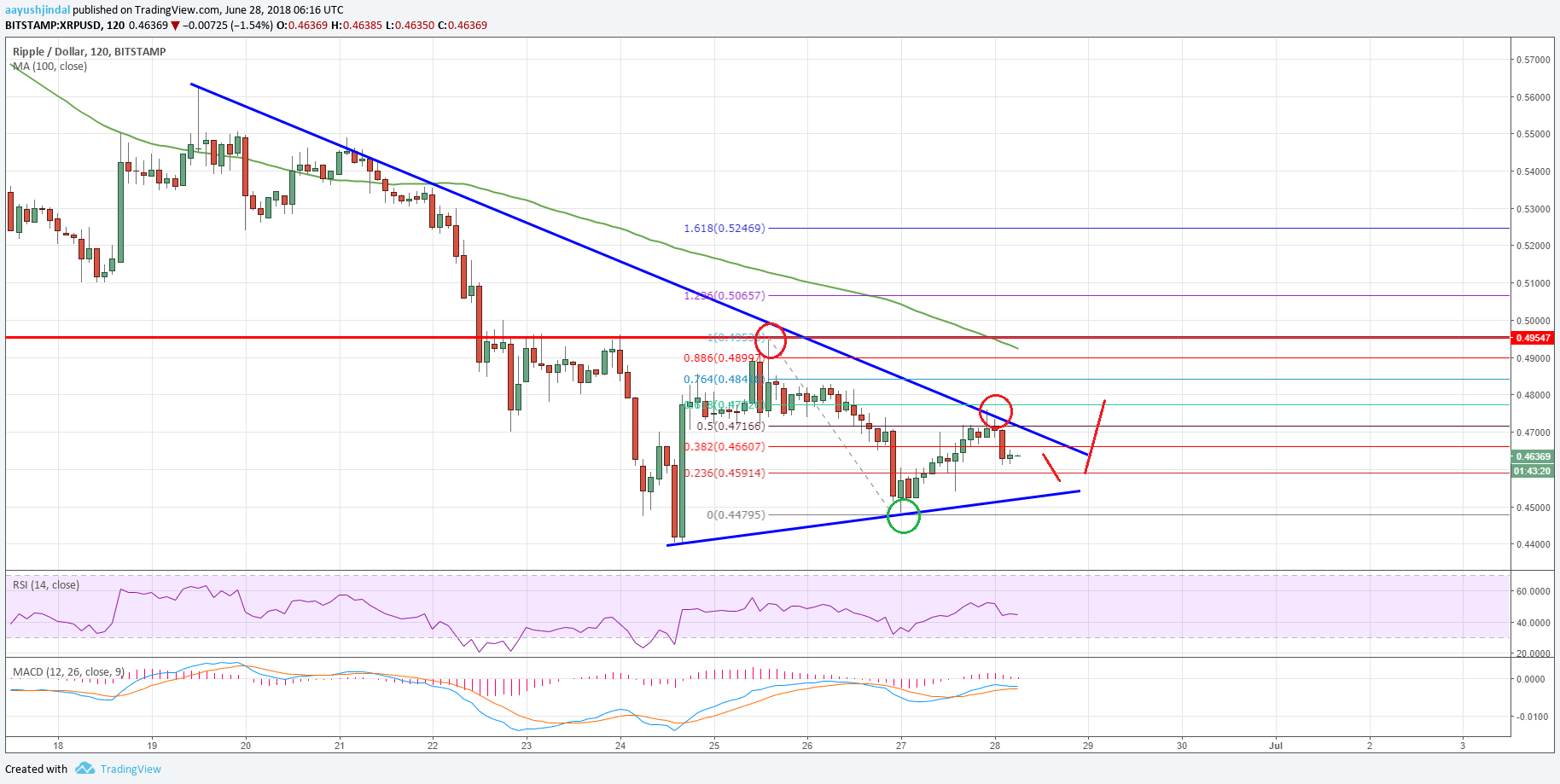 Ripple price formed a low around the $0.4400 level and recovered against the US Dollar. XRP/USD is now approaching a crucial break with resistance near $0.4700.

After trading below the $0.4500 level, Ripple price found support near $0.4400 against the US Dollar. The XRP/USD pair started an upward recovery and moved above the $0.4800 resistance level. 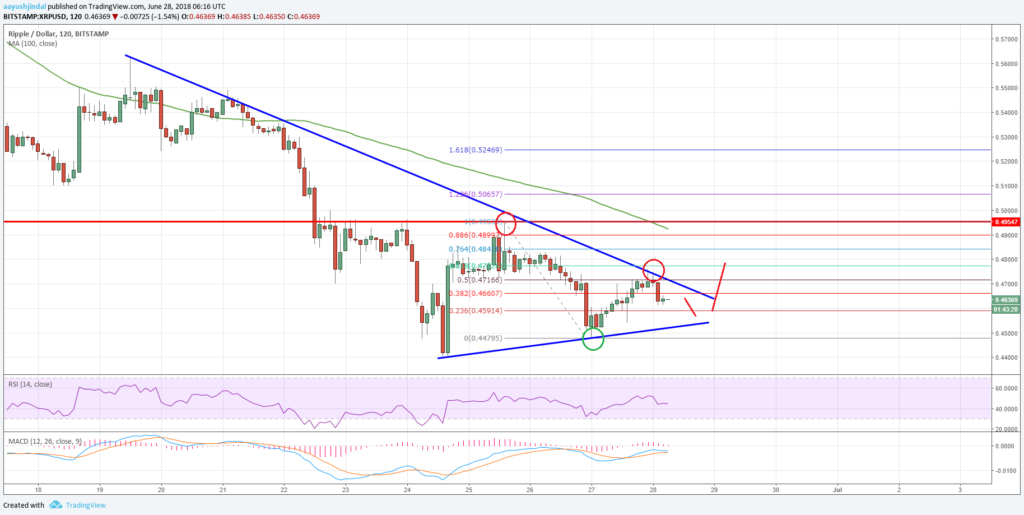 The pair is moving down once again towards the $0.4500 support. At the moment, it seems like there is a major breakout pattern forming with resistance near $0.4700 and support at $0.4500 on the same chart.

On the flip side, a downside break below the $0.4500 support may put a lot of pressure on ripple buyers. In the mentioned scenario, the price may revisit the $0.4400 low.

Overall, ripple price seems to be approaching a significant break with chances of an upside move above $0.4700 in the near term.

The market data is provided by TradingView.

No, Tether Wasn’t Hit by a Double Spend Attack

Contrary to reports circulating on social media, controversial cryptocurrency Tether has not been hit by a double spend attack. The…

Hot news: These are the changes of the CryptoCurrency market in the last one hour. Our system shows that in…

The banking sector appears almost smitten by Bitcoin and other cryptocurrencies these days. Although there is still plenty of work to be…

Ho, hum… That’s what most investors are likely saying to themselves as they wake up this morning to find that…

Why Consumer Influencers are the Next Big Thing

With the proliferation of Social Media as a primary medium for companies’ branding and engaging their consumer base digitally, the…