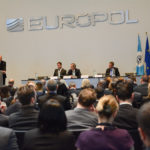 Europol’s Virtual Currencies Conference in the Hague from June 19 – 21 brought over 300 participants from 40 countries to discuss how to use virtual currencies for legitimate uses, instead of illegal activity. Europol’s European Cybercrime Centre (EC3) used Bitcoin’s blockchain to verify conference speakers. All of the speakers received decentralized certificates. The purpose behind […]

No, Tether Wasn’t Hit by a Double Spend Attack

Contrary to reports circulating on social media, controversial cryptocurrency Tether has not been hit by a double spend attack. The…

Hot news: These are the changes of the CryptoCurrency market in the last one hour. Our system shows that in…

The banking sector appears almost smitten by Bitcoin and other cryptocurrencies these days. Although there is still plenty of work to be…

Ho, hum… That’s what most investors are likely saying to themselves as they wake up this morning to find that…

Why Consumer Influencers are the Next Big Thing

With the proliferation of Social Media as a primary medium for companies’ branding and engaging their consumer base digitally, the…