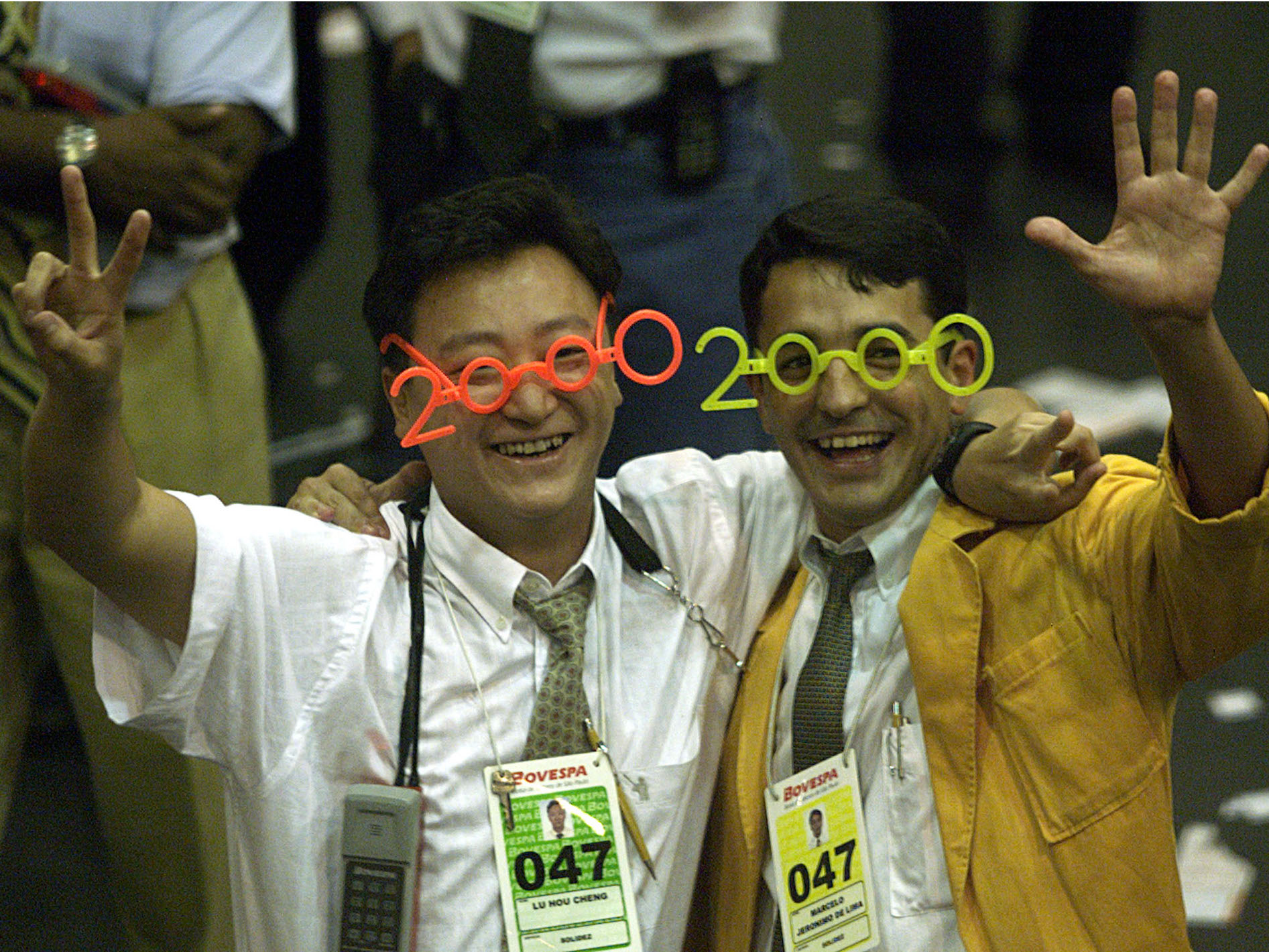 Here’s your stat of the day: Eight tech companies are worth more than the stock markets of Japan and the entire eurozone.

The companies make up what Wall Street has abbreviated as “FAAMG + BAT”: Facebook, Amazon, Apple, Microsoft and Google (or Alphabet), plus the Chinese tech companies Baidu, Alibaba, and Tencent.

As of last Tuesday, they had a combined market capitalization of $5 trillion, according to data compiled by Bank of America Merrill Lynch. US tech stocks were worth even more, at $6.6 trillion. 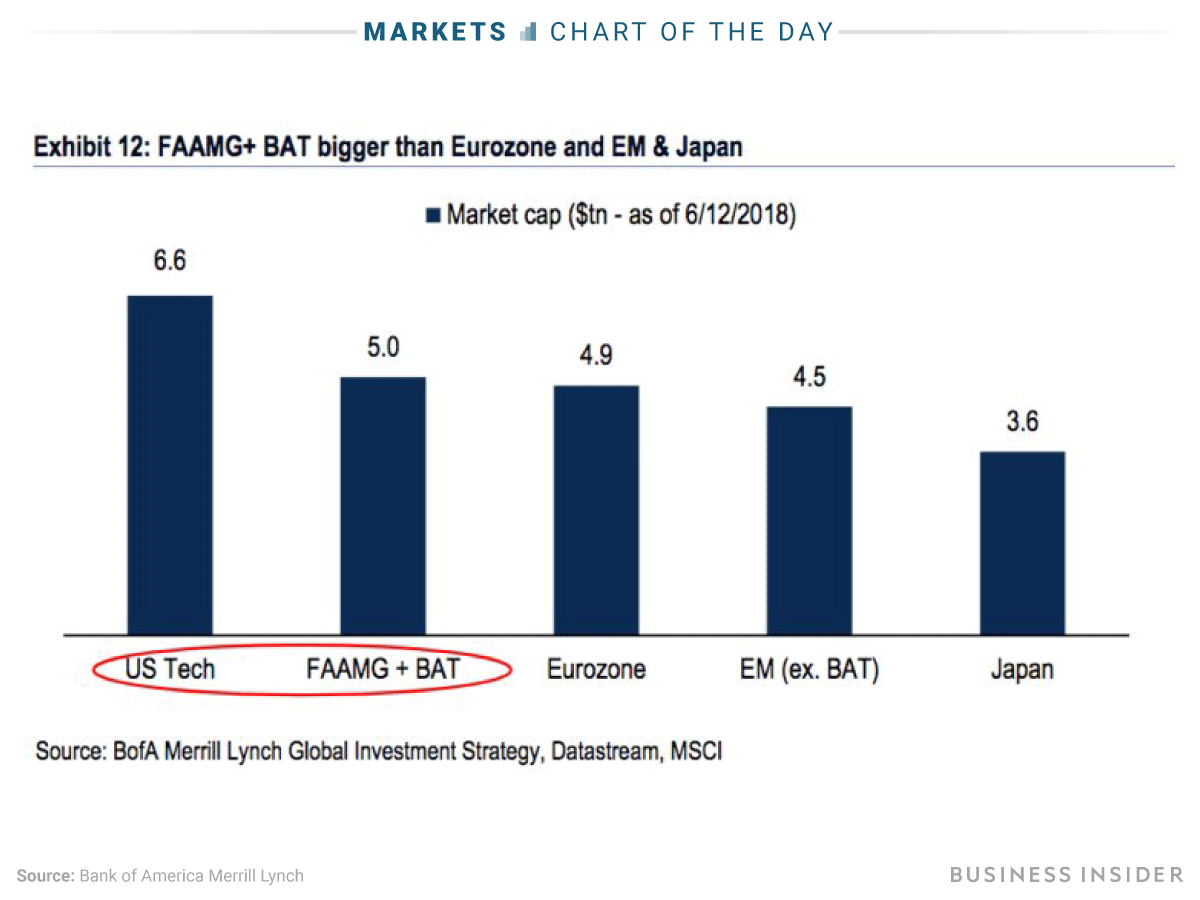 This ballooning in size has led to concern that investors are too optimistic about the future earnings power of big tech companies. BAML’s monthly survey of fund managers around the world shows that for most of the past year, the “most crowded trade” has been betting on tech stocks. A recent survey found that it was thought to be “long FAANG + BAT,” while “long Nasdaq” became a concern in the second half of last year.

The most crowded trade was briefly “long bitcoin” just before the cryptocurrency peaked above $19,000 in December.

Without declaring that we’re seeing another tech bubble, Michael Hartnett, the chief investment strategist at BAML who published the chart above, recently listed this “fat” market cap stat as one of 10 reasons investors should be pulling money out of tech stocks.

Another reason, Hartnett said, was that tech and e-commerce companies accounted for nearly one-quarter of US earnings per share, a “level that is rarely exceeded, and often associated with bubble peaks.”

Indeed, no sector dominates global stock markets like tech does. The MSCI USA Index of over 600 companies is driven by technology companies, which make up 27% of it. And on the top-10 list of the largest companies in the world, Berkshire Hathaway and Exxon are the only outliers, sector-wise.

Tech comes out on top in other ways you could slice the data, particularly in the US.

But it’s the near uniformity in opinions on big tech stocks that could continue to reap gains for investors — or catch them off guard.

Only five of 199 analyst ratings on FAAMG stocks say “sell,” according to Bloomberg data. There are no “sell” recommendations for Apple or Alphabet.

SEE ALSO: Wall Street is firing a warning shot on red-hot tech stocks, and many investors don’t see it coming

NOW WATCH: This $530 Android phone is half the price of an iPhone X and just as good

At the dawn of the Internet age, you would be hard-pressed to see the financial benefits that could emerge from…

MoviePass’ monthly losses ramped up to $40 million in May, and the company says it might need over $1.2 billion more in capital (HMNY)

Can John McAfee Save us From the SEC?

The ‘Godfather of Security’ who has destroyed the FBI in on-air combat, is back. Founder of McAfee Antivirus, crypto-shiller McAfee…