Cryptocurrency businesses that have faced difficulties in securing banking services in the UK now have a new option. LBX has launched a new service offering access to an account where clients can store, manage and transfer both their fiat currency and cryptocurrency holdings. 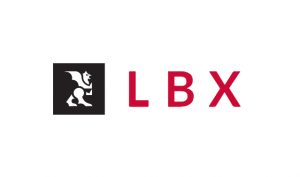 LBX has explained that its new service is initially aimed at the business sector. LBX Pay will be offered to those involved in the cryptocurrency industry such as ICOs, traders and funds. The service enables clients to convert holdings from fiat and cryptocurrency without having to move funds between accounts or service providers. After its release for businesses, LBX plans to roll out a retail version of the service, where it will “provide all consumers with a whole new way to interact with their cryptocurrency.”

The service will allow its users to manage all balances, trades and payments – including those to third parties and batch payments – through the same app. And the company adds that for those with greater volumes and demands, there will be flexible access to LBX’s OTC desk and, from Q1 2019, access to an API linked directly to their account. 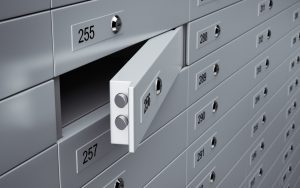 The company says that all fiat holdings in LBX Pay accounts will be held in segregated bank accounts, each with a dedicated IBAN and a monthly statement service. All cryptocurrency holdings will be kept in cold storage. LBX did not made public its banking partners enabling this service but back in June, Reuters reported that the exchange struck a rare deal to open a bank account with British startup Clearbank, a clearing bank launched in 2017 by Nick Ogden, the founder of payments group Worldpay.

LBX was opened in November 2017 for OTC trades. In addition to UK banking, it is also an e-wallet services provider registered with the UK’s Financial Conduct Authority and follows rigorous KYC/AML protocols. Earlier this year, LBX added support for trading bitcoin cash (BCH) against the British pound.

Verify and track bitcoin cash transactions on our BCH Block Explorer, the best of its kind anywhere in the world. Also, keep up with your holdings, BCH and other coins, on our market charts at Satoshi’s Pulse, another original and free service from Bitcoin.com.

Blockchain testing and research company Whiteblock Inc. has released a damning verdict on EOS, describing it as a “distributed homogeneous…

Bit.ly Attacks “Mastering Ethereum” Book: Doesn’t Allow 200 Links When it comes to Bitcoin proponents, there isn’t anyone as prominent,…

Taiwan Passes Law to Crack Down on Anonymous Cryptocurrency Transactions

The Taiwanese government has amended its laws that regulate cryptocurrency transactions. The revisions reportedly give the country’s Financial Supervisory Commission “the authority…

Innovations in the technology industry can often lead to genuine miracles. A paralyzed man is once again able to walk…

Over the past few weeks, there have been rumors about a Canadian crypto exchange that’s been deliberating on plans to…