The emergence of stable coins has arguably been one of the most significant events to occur in the crypto space. They are on a par with the release of Altcoins or the launch of Bitcoin futures contracts.

Stable coins provide a simple, yet controversial solution to a major problem for cryptocurrency holders: volatility. In a market where the price of the assets you hold is constantly changing, you need the option to store your funds in a place where the value will stay the same, while still being able to spend and transfer it like any other cryptocurrency.

What are stable coins?

A stable coin is any cryptocurrency pegged to a stable asset, such as gold or fiat currencies. For many cryptocurrency holders (mostly traders), stable coins like Tether or TrueUSD have functioned as a lifeboat to escape to when they wish to exit a trade, to take profit or avoid a market crash. However, for those who consider themselves ‘crypto purists’, a stable coin is nothing more than an acknowledgment of the need to rely on fiat money as a source of stability, even as cryptos’ main goal is to break away from centralized monetary systems. 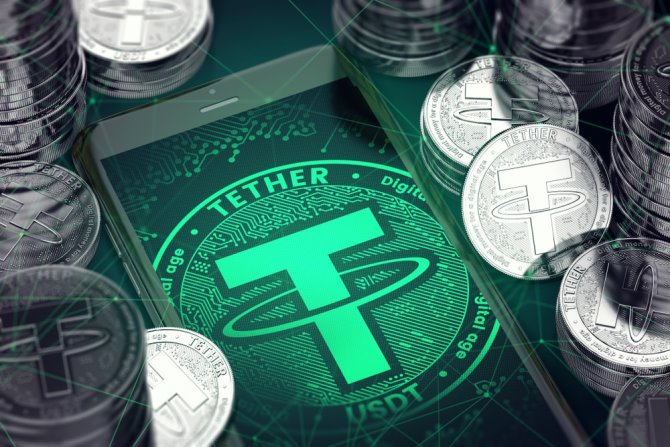 In the past year, Tether, the stable coin market leader and one of the most traded cryptocurrencies, has faced controversy over its possible role in manipulating the crypto markets towards the massive rally and subsequent crash we experienced from December 2017 to January 2018.

Tether has always claimed to be backed 1-to-1 by a reserve of US dollars. However, many experts have questioned the truth of this claim, especially when the stable coin continues to seamlessly print $250m worth of new coins every few months with no transparency about where the $250m in real USD is coming from to back it. The most obvious accusation is that Tether is simply a crypto version of the Federal Reserve, except it is controlled by even fewer people and operates under even less scrutiny. Their ability to print money seemingly out of thin air gives them the purchasing power to pump the price of BTC and other cryptocurrencies at will, which many have claimed was the case during the December 2017 crypto bubble.

Is Tether just as vulnerable to collapse as any centralized Bank?

By now, most people know that Banks don’t actually hold the exact amount of funds deposited by customers in a vault somewhere. Instead, the money moves around, providing loans for debtors and paying back creditors. If in a moment of panic, all account holders of a bank were to demand to get their money out at the same time, the Bank would simply be unable to fulfill their request and likely go under trying to do so.

The same concerns have been expressed about stable coins like Tether. In a volatile market like crypto, where moments of panic are commonplace, there are significant doubts that Tether has sufficient USD backing for the majority of their holders to transfer back to fiat within a short time frame.

Gemini, a US-based cryptocurrency exchange, recently announced that they would be launching the very first regulated stable coin, which will be built on the ERC20 Ethereum standard.

The ‘Gemini Dollar’ (GUSD) also claims to be pegged 1-to-1 with the US dollar, however, what sets it apart from Tether and other stable coins is their emphasis on transparency and regulatory compliance. US regulators like the New York Department of Financial Services superintendent, Maria Vullo, have approved the coin’s launch.

“These approvals demonstrate that companies can create change and strong standards of compliance within a strong state regulatory framework that safeguards regulated entities and protects consumers”.

The exchange is hiring an independent accounting firm to perform regular, full audits of the Gemini Trust Company to ensure that the tokens have the dollars to back them. The amount of GUSD in circulation will also be publicly visible on the Ethereum blockchain. The Gemini Trust Company will also impose a strict limit on how many GUSD coins can be printed, using a “Print Limiter”, which is combined online and offline custodian mechanisms designed to ensure that the number of tokens never exceed the underlying USD balance.

Issues of centralized control with GUSD

Despite the increased transparency that comes with a regulated stable coin, there are some very clear downsides for the Governments involved in this initiative. For one, Gemini can actually make GUSD non-transferrable at any moment, meaning that “Gemini has the ability to freeze any account or make all tokens non-transferrable. The custodian is able to completely change the implementation of the token every 48 hours.”

In addition to having a single point of failure (as a centralized company), the ability to freeze accounts and make tokens non-transferrable completely violates the crypto industries ethos of decentralization, privacy, and autonomy. With GUSD, it’s quite possible that what may look like a more efficient and transparent solution to the stable coin problem may actually lead to much bigger problems for users in the long run.

In both cases, the bonds or 50% of uncollateralized coins are subject to the same volatility and market speculation as any other cryptocurrency, which means that a massive sell-off would force the stable coins to purchase their own coins using its limited dollar reserves to keep their price from falling. This would only further escalate the panic once stable coin holders discovered that the stable coin company was buying back its own coins to keep the system afloat, leading to a greater sell-off that would ultimately make the entire currency crash.

Likewise in the case of crypto bonds, the stable coins ability to issue bonds depends on the growth in the number of people buying the currency. If this starts to get stagnant or decline, the price of bonds will fall, more bonds will have to be issued to compensate for the falling value of the coin, and again we will see the entire system quickly spiral downwards.

Basis Tokens function in a similar manner to crypto bonds. The model for Basis tokens is that when demand is rising, the system will create more of its currency, Base Coins, and when demand is falling, the company will reduce their supply to create an increase in price. More specifically Basis tokens provide a three-token system to handle expansion and contraction:

Although this system is sophisticated, it still suffers from the flaws outlined above when coins are not fully collateralized by a stable asset.

There’s no doubt that stable coins should have a place in the crypto space. They provide a bridge between the world of fiat and crypto, as well as a storage place for investors and traders to temporarily escape the massive volatility of the crypto markets. Yet one has to be concerned that crypto users’ are too reliant on stable coins and that their absence or potentially a crash of Tether or TrueUSD could lead to far more damage to the crypto space than any hacking incident or FUD story could ever inflict. Ultimately, if stable coins are to remain a focal point within the crypto space, then the best way to operate them is under a regulatory compliant framework that still allows a large degree of decentralization and censorship resistance. This nuanced combination will be hard to carve out as regulators seek to extend their control over the space through companies like Gemini. However, if GUSD seeks to overtake Tether and gain a foothold in the industry, they must consider adapting their stable coin to appeal to both regulators and crypto users to ensure mass adoption.

The post What are Stable Coins? The Complete Guide appeared first on CryptoPotato.

Hot news: These are the changes of the CryptoCurrency market in the last one hour. Bitcoin is now leading the…

This article was originally posted on Bitcoinist - one of the leading sources for information about Bitcoin, digital currency and…

Are you a Bitcoin enthusiast who also likes to travel? There are a few locations around the world where you…

RBI Argues Supreme Court Should Not Interfere With Its Crypto Decision