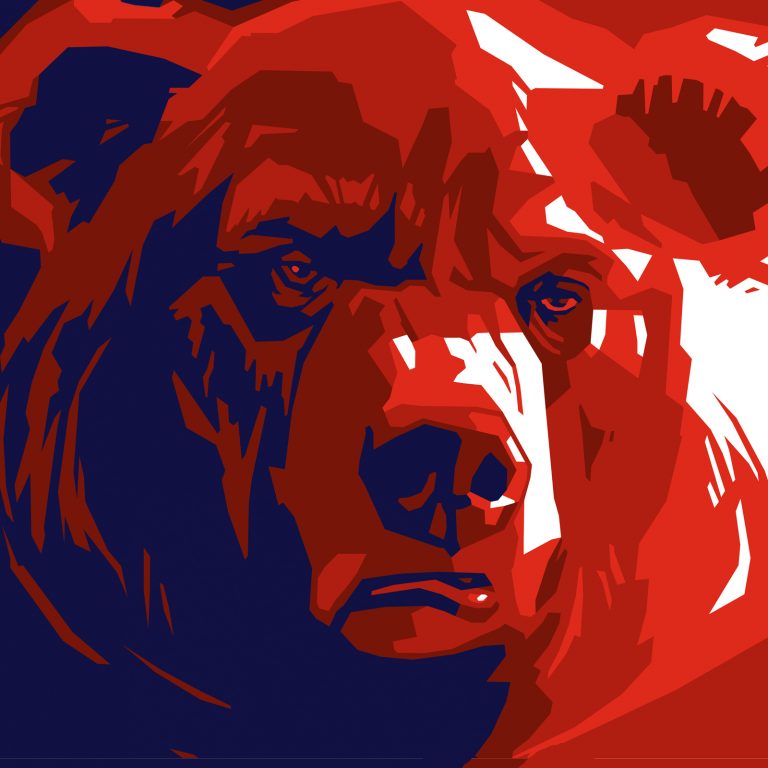 Cryptocurrencies tumbled once again today in value as a great majority of digital assets are seeing losses this Saturday. Since our last markets update the entire digital currency economy shaved another $15 billion off the market capitalizations of all 1,600+ cryptocurrencies. Alongside the dreary prices, trade volumes have also been lackluster, leading many individuals to believe there may be more dips to come down the line.

Cryptocurrencies Fall in Value Once Again This Weekend

A bunch of the top digital assets took a hit again today after a bit of consolidation and while other coins nurtured the wounds suffered from the last dip on August 1. During the past four days, the entire market valuation of all the digital currencies in existence has lost $15Bn USD. At the moment bitcoin core (BTC) markets are hovering just above the $7,000 mark after dropping earlier today from $7300 down to $6926 very quickly. During the first hour of August 4, bitcoin cash (BCH) values were around $731 per BCH, but at the same time all the other cryptocurrency markets dipped, BCH followed suit by dropping down to $692. At the moment BCH is hovering around $696 per coin. The other currencies in the top five market capitalizations ETH, XRP, and EOS have also seen losses over the last 24-hours between 2-4 percent.

Today bitcoin core markets have lost around 5.4 percent and over the last seven days 14.9 percent in value. Right now the most traded pair with BTC this Saturday is tether (USDT), commanding 51 percent of trades. This is followed by USD (25.8%), JPY (13.2%), EUR (3.6%), and KRW (2.6%). The top five exchanges swapping the most BTC include Bitflyer FX, Binance, Bitfinex, Coinbene, and Okex. Bitcoin core’s entire market valuation at the time of publication is $121B, and over the last 24 hours, there’s been $4.2B worth of BTC traded. The top cryptocurrencies traded on the peer-to-peer platform Shapeshift is ethereum (ETH) for BTC and the coin’s dominance rating amongst all other market valuations is 47.7 percent.

Looking at the hourly and 4-hour BTC/USD charts on Coinbase and Bitstamp shows bulls are trying to push ahead but are failing to surpass heavy resistance. 4-hour RSI levels are showing oversold conditions at press time (24.12) while the MACd looks like it may continue heading southbound. The MA 100 is well above the MA 200 trendline which gives traders another indication that the path towards the least resistance is the downside. Unfortunately for BTC and a large majority of other top performing digital assets, there are many signs the price could go lower if bears continue to break down support levels. Order books show BTC bulls would need to muster up the strength to surpass $7,100 through $7,300 but even then the upward battle continues. On the backside, there’s massive support holding all the way until $6,700 but support after that is still pretty hefty until right around $6,300. 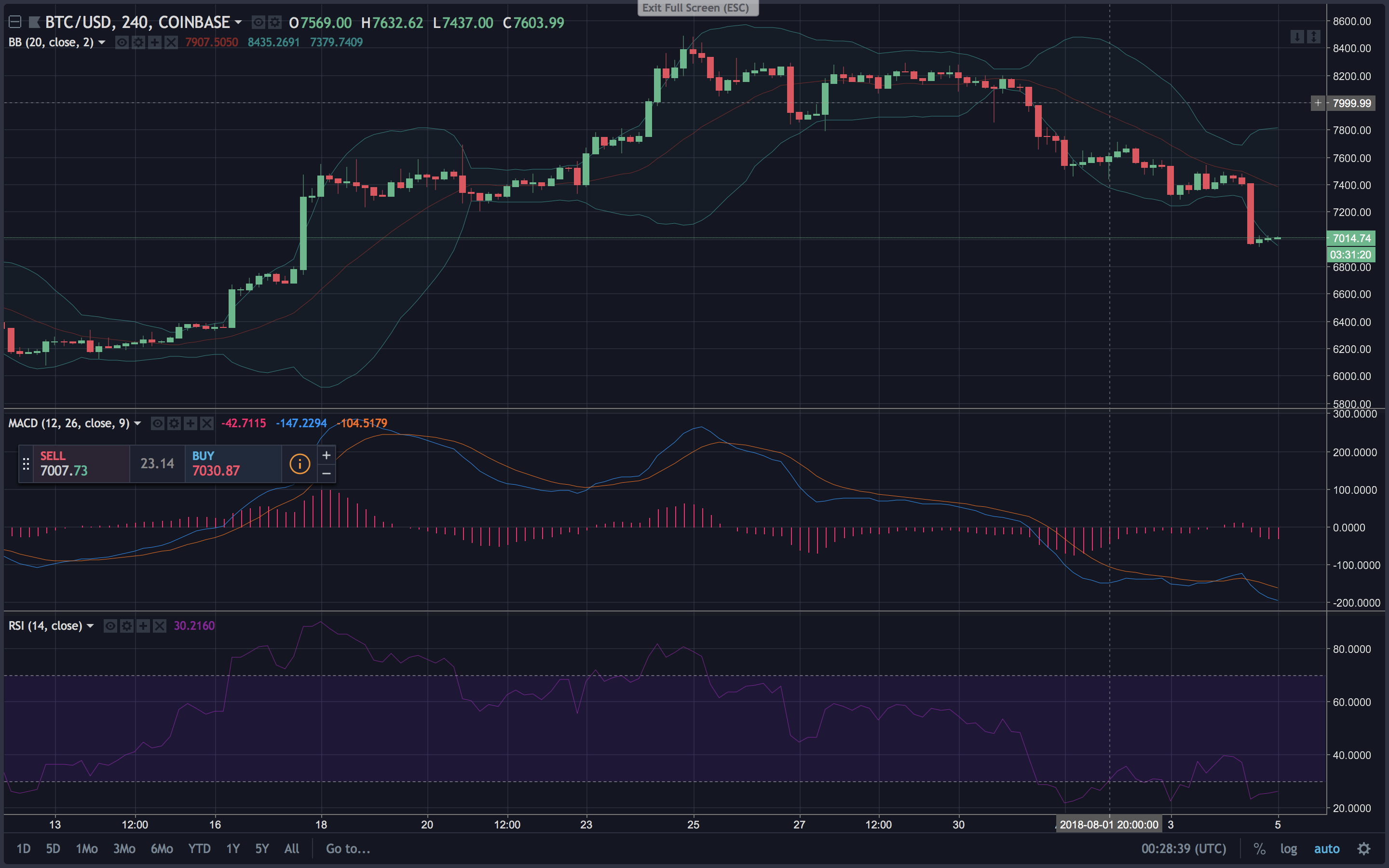 At the moment bitcoin cash (BCH) markets are down 3.9 percent today and over the last seven days 15.8 percent in value. BCH volume has jumped a hair as the cryptocurrency today is capturing the fourth highest trade volume above EOS. The biggest pair swapped with BCH today is tether (USDT) which captures 53.5 percent of bitcoin cash trades. Other currencies that follow include BTC (33.3%), USD (5%), ETH (2.9%), and QC (2.3%). The top trading platforms exchanging the most BCH include Coinex, Okex, Binance, Huobi Pro, and Hitbtc.

Looking at BCH/USD charts on Bitstamp and Bitfinex show things have definitely been grim over the last 24-hours. Just like BTC/USD bears are pushing the BCH/USD market as well making certain their presence is here. Most traders have their eyes glued to that 200 moving average (MA) support level as bulls must reject any new lows in order to proceed upward. However much like BTC, the 100 MA is above the 200 MA showing another downside push could easily take place. RSI levels (4-H/ 32.24) are oversold at the moment which means prices could have a slight reversal and the 4-hour MACd is meandering very low at press time. Traders can see that order books show there is heavy resistance for BCH traders all the way until $740 which will give bulls a short break until they hit huge resistance just before $800. There’s plenty of support for BCH until $625 and there is good foundations beneath the sub-$600 zone. 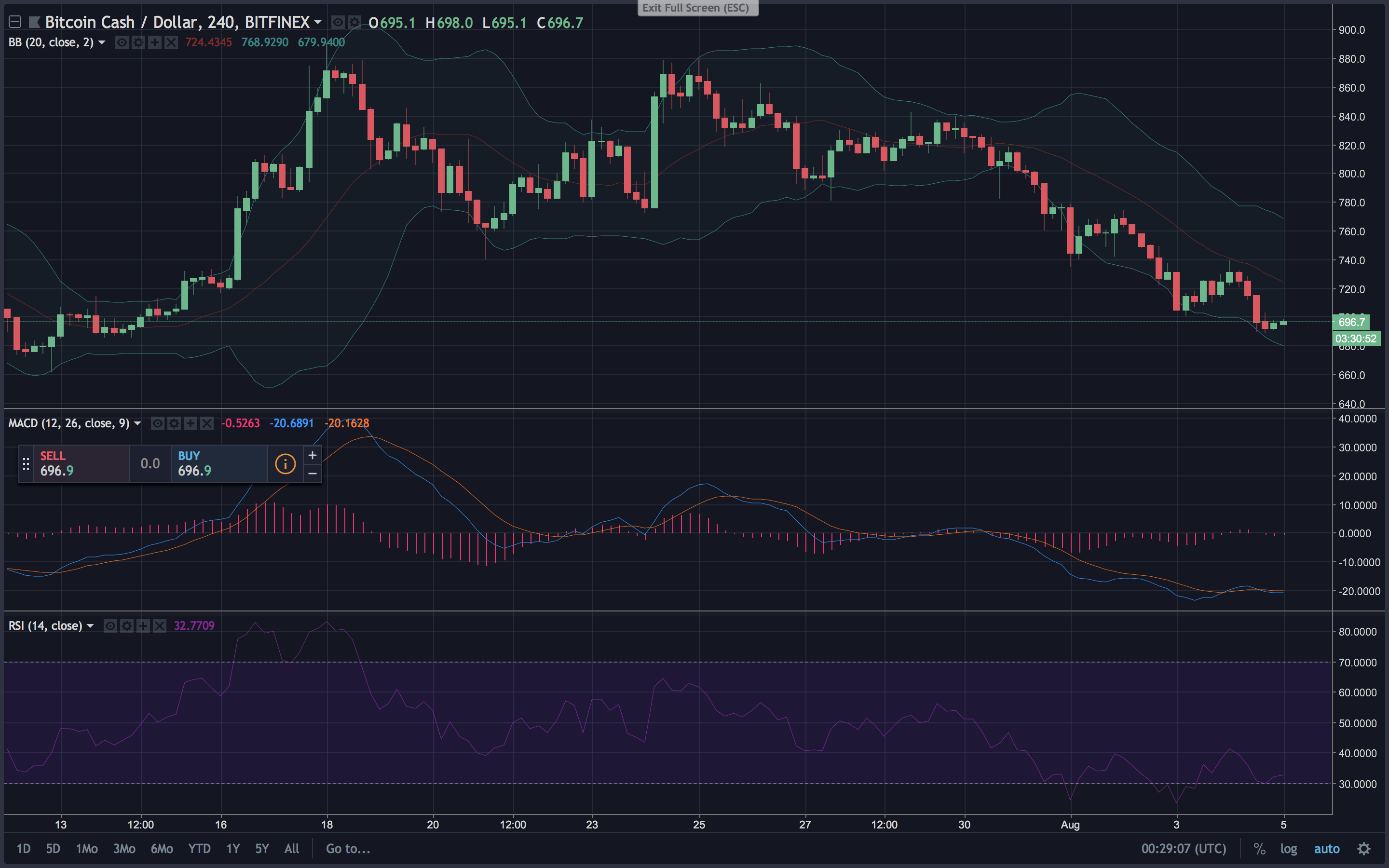 The Verdict: Skepticism and Doubt Remains

As our previous markets update confirmed the stormy seas are not over within the world of cryptocurrency markets at the moment. Things have been volatile in crypto-land, to say the least, and there have been a few surprising dips over the last week. The verdict this weekend is even more skepticism and doubt unless there’s a sudden turn around soon. On the bright side, there have been a lot of long contracts stacking up on leverage exchanges, showing some are betting on a reversal alongside the fact there is strong buy support in these regions for most digital assets.

Where do you see the price of BTC, BCH and other coins headed from here? Let us know in the comment section below.

Disclaimer: Price articles and markets updates are intended for informational purposes only and should not to be considered as trading advice. Neither Bitcoin.com nor the author is responsible for any losses or gains, as the ultimate decision to conduct a trade is made by the reader. Always remember that only those in possession of the private keys are in control of the “money.”

Hot news: Here we summon for you the changes of the market of CryptoCurrency from the last 60 minutes. In…

The broker attributes its results to the implementation of its marketing strategy and favourable market conditions.

Thailand’s central bank has announced the rules under which financial institutions, including commercial banks, and their subsidiaries can engage in…