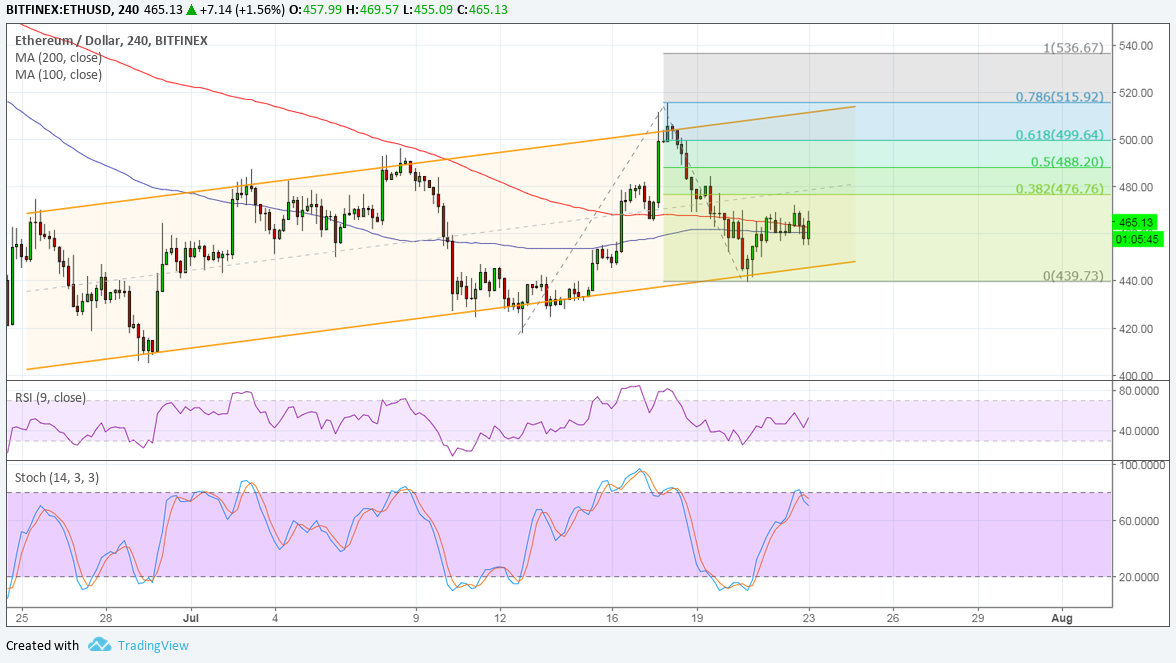 Ethereum is trading inside an ascending channel on its 4-hour time frame and has just bounced off the bottom. If the uptrend is set to resume from here, the Fibonacci extension tool shows the next potential upside targets.

The 100 SMA is below the longer-term 200 SMA for now, though, so the path of least resistance is to the downside. This suggests that the selloff still has a chance at resuming. However, the gap between the two has narrowed significantly to signal weakening bearish pressure and a possible crossover. If that’s the case, more buying momentum could kick in and sustain the climb.

RSI is heading higher so Ethereum might follow suit. Stochastic seems to be topping out, though, and heading back down could reflect a pickup in bearish pressure. Another test of support could ensue, but a break below the swing low could mark a reversal from the uptrend. 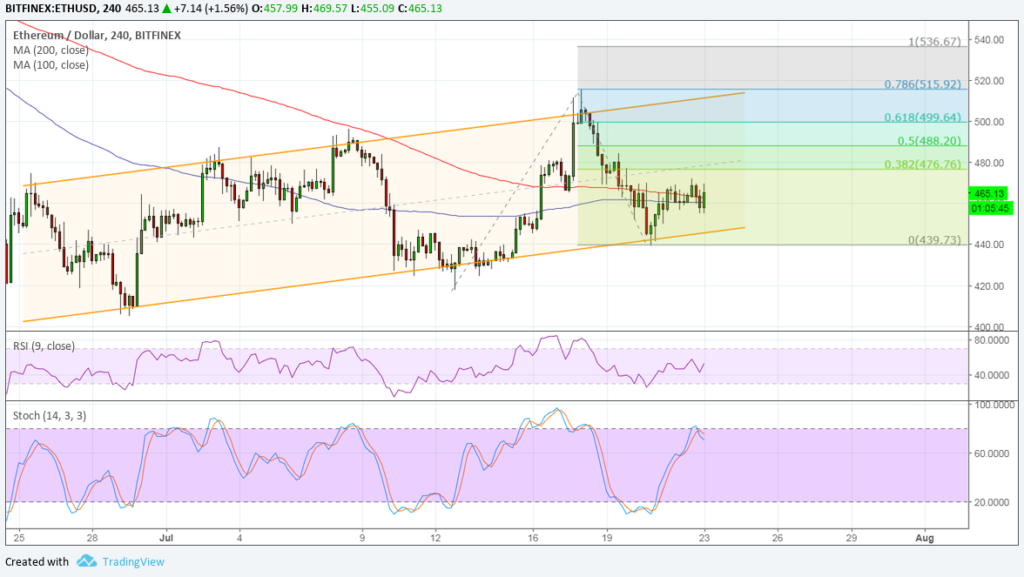 Cryptocurrencies like Ethereum were off on a good run in the previous week, buoyed mostly by institutional interest and buyers not wanting to get left behind in the recent rallies. Sentiment was also positive as regulatory updates were seen as opportunities to increase security in the industry.

This coming week should be a test of whether or not the positive sentiment could be maintained. Recall that Ethereum and its peers started off on a strong note for the month but most of the gains were returned on negative commentary from well-known economists the following week.

This goes to show how recent price moves are driven mostly by sentiment and headlines, so it’s best to keep close tabs on how the next news cycle turns out.