TJ Miller’s abrupt exit from “Silicon Valley” last year might be the best thing to ever happen to the show.

In the season five premiere of “Silicon Valley,” which aired Sunday night on HBO, Pied Piper CEO Richard Hendricks takes the gang (now just Jared, Gilfoyle, and Dinesh) to their brand new offices at a co-working space. Initially impressed with Richard’s choice for their new digs — an open floor plan, a fireplace, “an intuitive kitchen layout” (according to Jared), large windows, and modern light fixtures — the guys are disappointed when Richard shows them where their office will actually be. Unlike most of the co-working space, their office is a sad, windowless room with fluorescent lights, and outlets on the floor that are basically magnets for stubbing your toes. 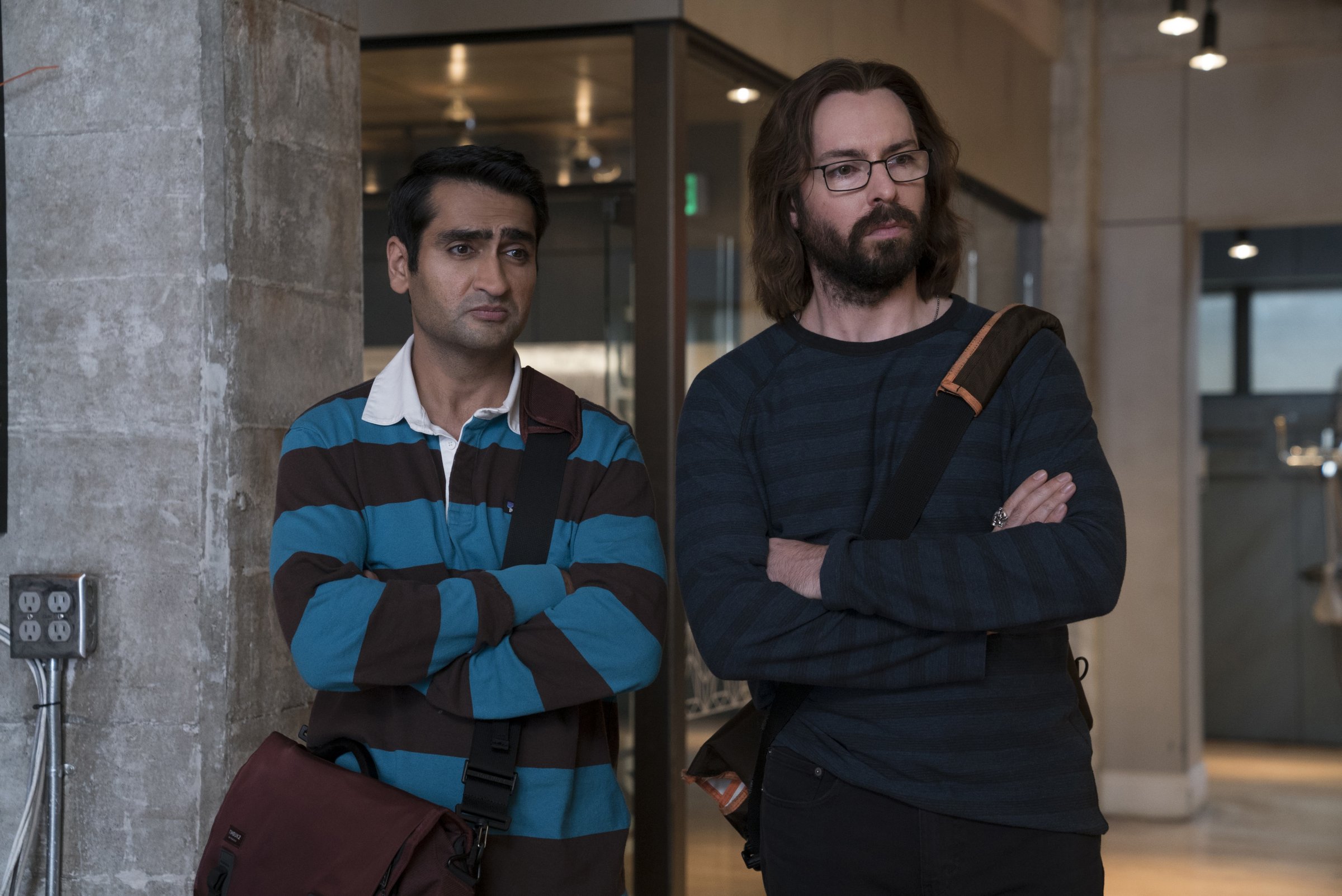 “Silicon Valley” is at its best when the show throws its characters into impossible situations. The show doesn’t let its characters succeed, and if they do, it’s not for long. And while sometimes this makes the show frustrating, it’s what makes it great, too. Disgusted with the idea of working in such terrible conditions, the guys convince Richard that this money-saving space is an awful idea. This actually turns out to be easier than expected considering how stubborn Richard is, especially about Pied Piper’s finances.

Just as easily as Pied Piper gets an acceptable new office space, the show adjusts to life without Erlich Bachman, one of its main characters who isn’t on the show anymore.

Since TJ Miller’s exit was announced after the season four finale in May, everyone has been asking the same question about the show’s future: What is the show like without TJ Miller’s Erlich Bachman?

Better than it has been in years, it turns out.

Without Bachman’s bitter spirit, it’s a little more upbeat. The jokes and storylines are a bit more clever, since the writers aren’t relying on Bachman to say (or do) something stupid. Miller’s absence also leaves more room for the side characters we’ve come to love over the years, from Jared to Jian Yang to Dinesh to Gilfoyle. With less time to waste having Bachman spit out insults, the other characters have more to say and do. Jared has quickly become the best character on the show, and one of the best characters on TV, and season five has given him way more to do so far. 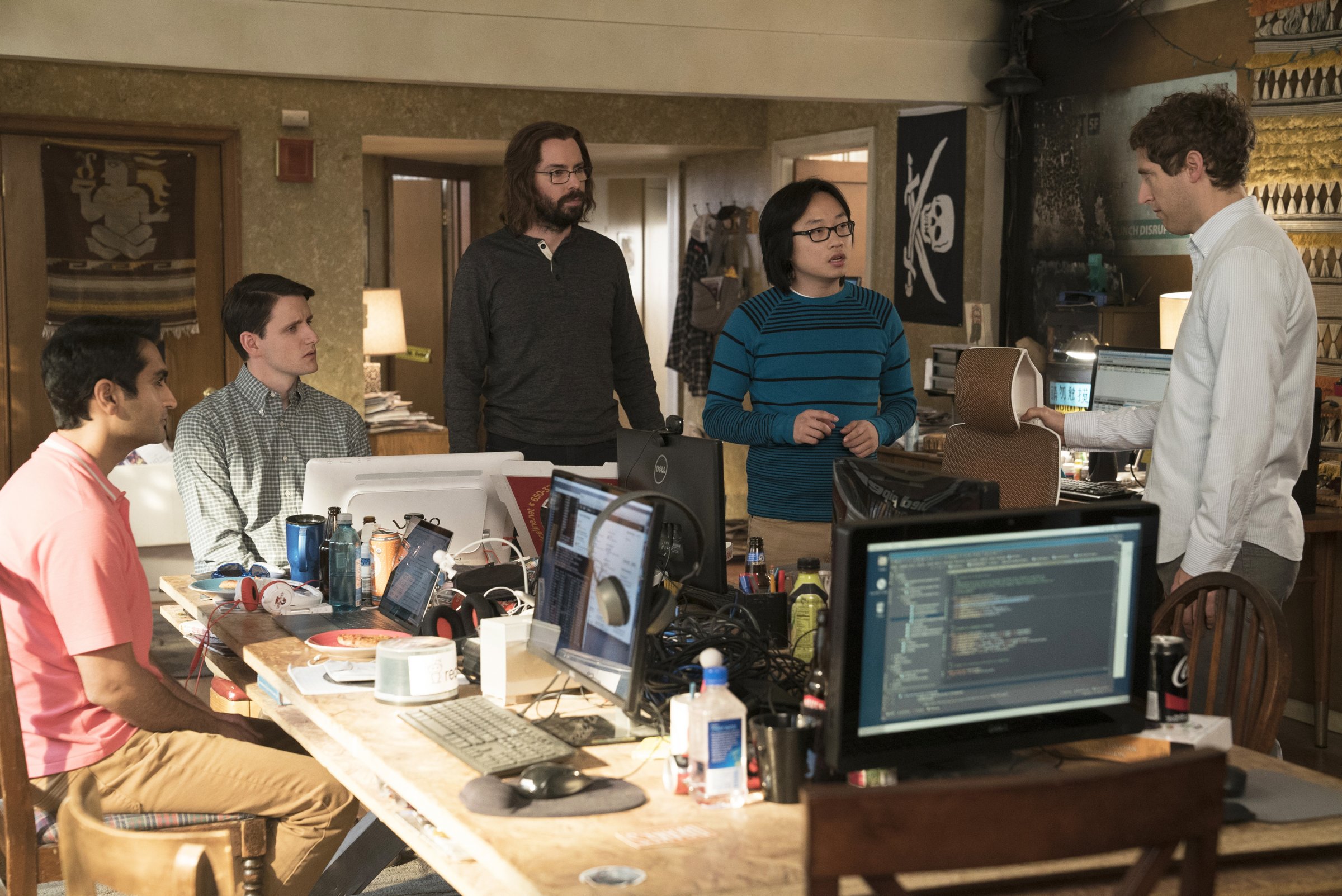 After the season four finale aired last year, Miller announced he was leaving the show and that he would never return, not even for a quick cameo. The last time we see Bachman, Hooli CEO Gavin Belson leaves him behind at an opium den in the Tibetan mountains.

The season five premiere addresses Bachman’s absence in a surprising but fitting (and not desperate) way, which is a huge credit to the writers. Instead of just a one-liner explaining what the heck happened to Bachman, they’ve made his disappearance an arc that will probably take up the entire season. According to Dinesh, no one has heard from Bachman in months, though he still owns 10% of Pied Piper and the incubator. But Jian Yang plans to change that by faking Bachman’s death so he can get Bachman’s shares in Pied Piper, and so he can officially take over the incubator.

While Bachman was a great character that helped define the series, his schtick got a bit tired. Bachman served his purpose, and his exit has improved the show and can potentially increase its longevity.

Now we just have to wait and see if Jian Yang can actually convince people that Bachman is dead. He’s already off to a convincing start.

SEE ALSO: 29 great Netflix shows that might have flown under your radar

NOW WATCH: Why 555 is always used for phone numbers on TV and in movies

This is a paid press release, which contains forward looking statements, and should be treated as advertising or promotional material….

Changelly Enables Buying XRP With a Credit or Debit Card